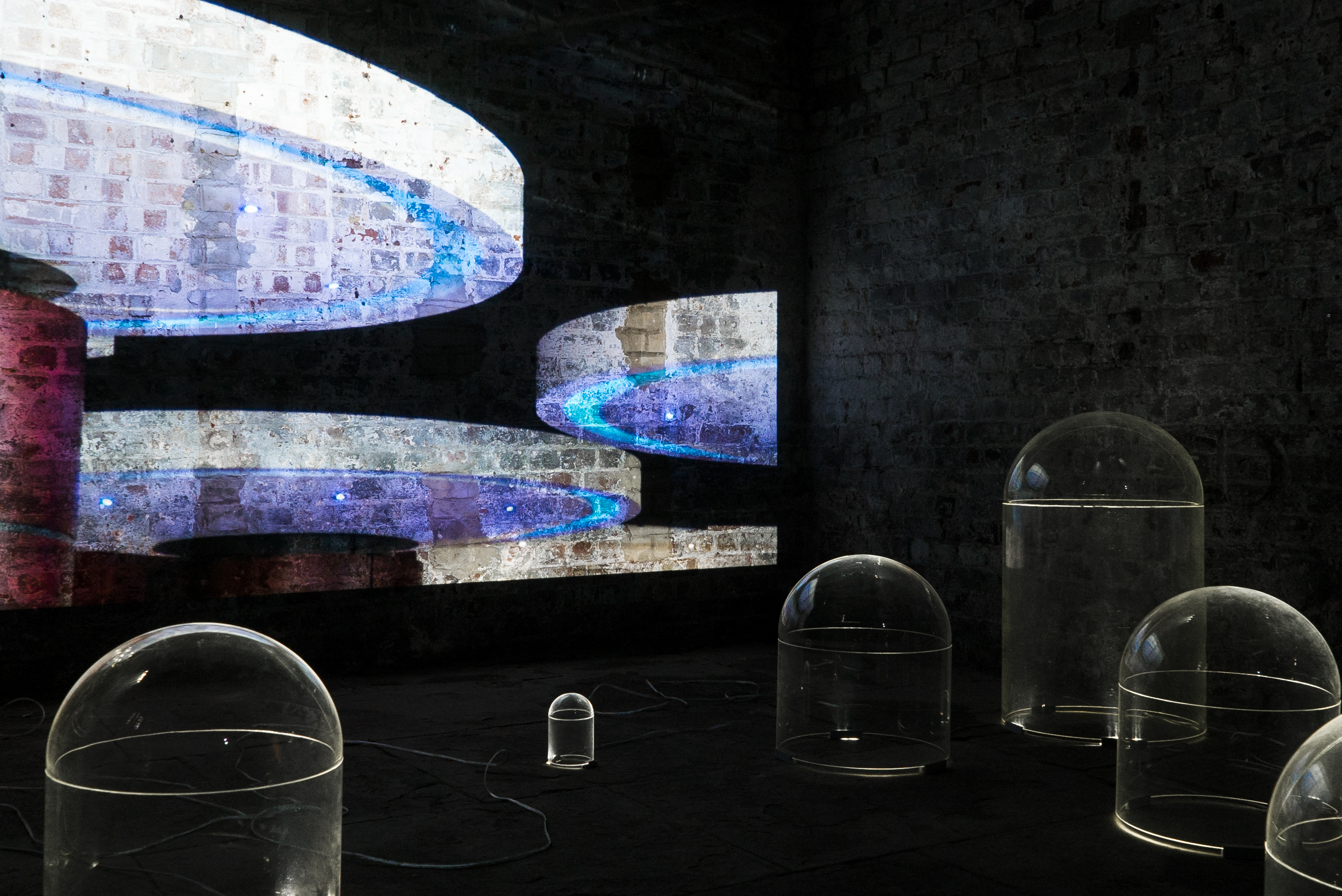 The Creators is an on-going series by YÒUYO where we spotlight young Chinese creators from around the world.

Yifei Gong is an artist based in London. She works primarily in video, but also across installation, sculpture, print and photography. Yifei’s work was recently shown at Neo Hua Ren an exhibition promoting unexplored perspectives of the Chinese diaspora. Her current work is on display at Re: until November 3rd, 2019.

YÒUYO sat down with Yifei to discuss her journey to London, her approach to art as well as her Chinese heritage. 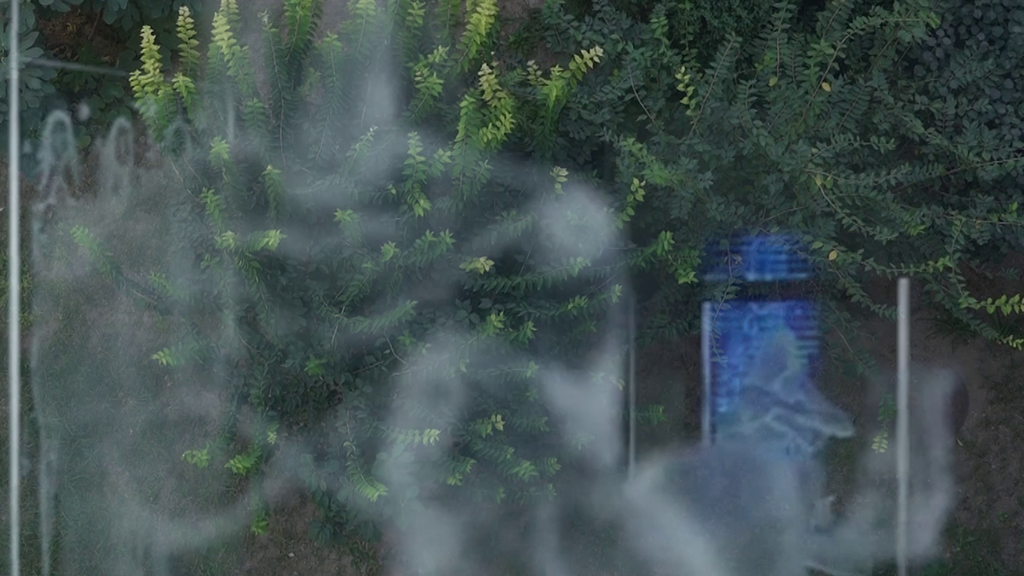 YÒUYO: Hi Yifei, thanks for chatting with us, can you introduce yourself?

Yifei: My name is Yifei Gong and I am an artist. I was born and raised in Qingdao, before relocating to Beijing. I am currently based in London.  Human interaction and self-presentation always fascinated me. So, I use my work as a portal to explore the performance of everyday activities and the presentation of identity in a social, cultural and political context.

For the past few years, I have been looking at various public spaces (or semi-public spaces) like shopping malls, underground theatres and green urban spaces. I explore the construction of these spaces both architecturally and socially and try to find the blurring line between the public and private, the self and other. 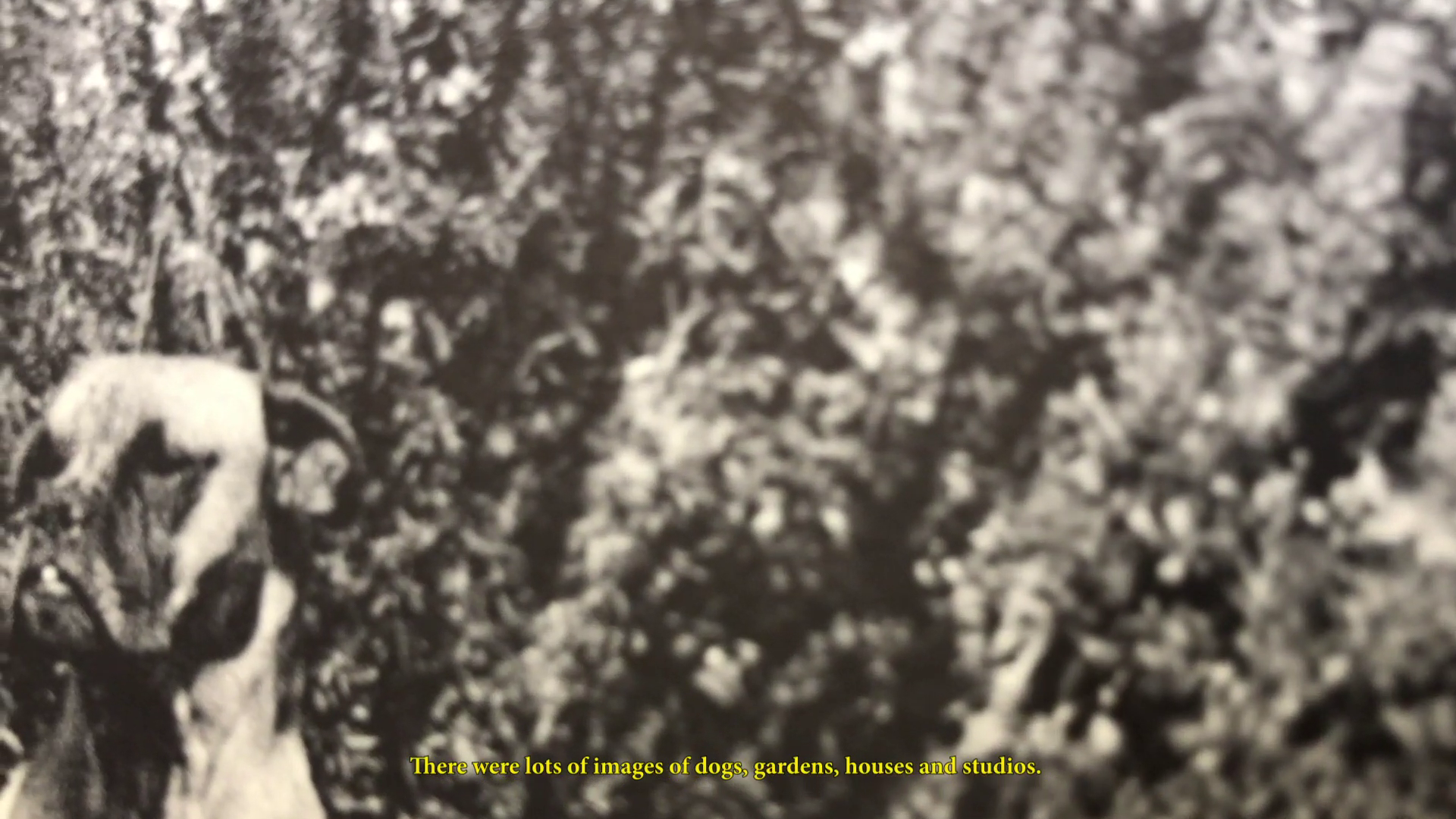 YÒUYO: What made you decide that you wanted to base yourself in the UK?

Yifei: Like many, education was the primary driving force. I came to London to study for my masters in Moving Image at the Royal College of Art.  I had a background in visual communication back in Beijing. However, even at that time, I was more interested in making something that resembled art more than design.

My time in the UK has been a journey of achieving self-awareness though artistic practice. Why the UK?  I have to say the question might be “Why London?!” London is a city I have been attracted to since I first visited when I was younger. The more I know this city, the more I see it as a city that truly embraces different cultures without forcing homogenisation. For contemporary artists, it is fascinating and challenging at the same time. In terms of art education, the research-based approach of artistic practice in the UK also suits me. 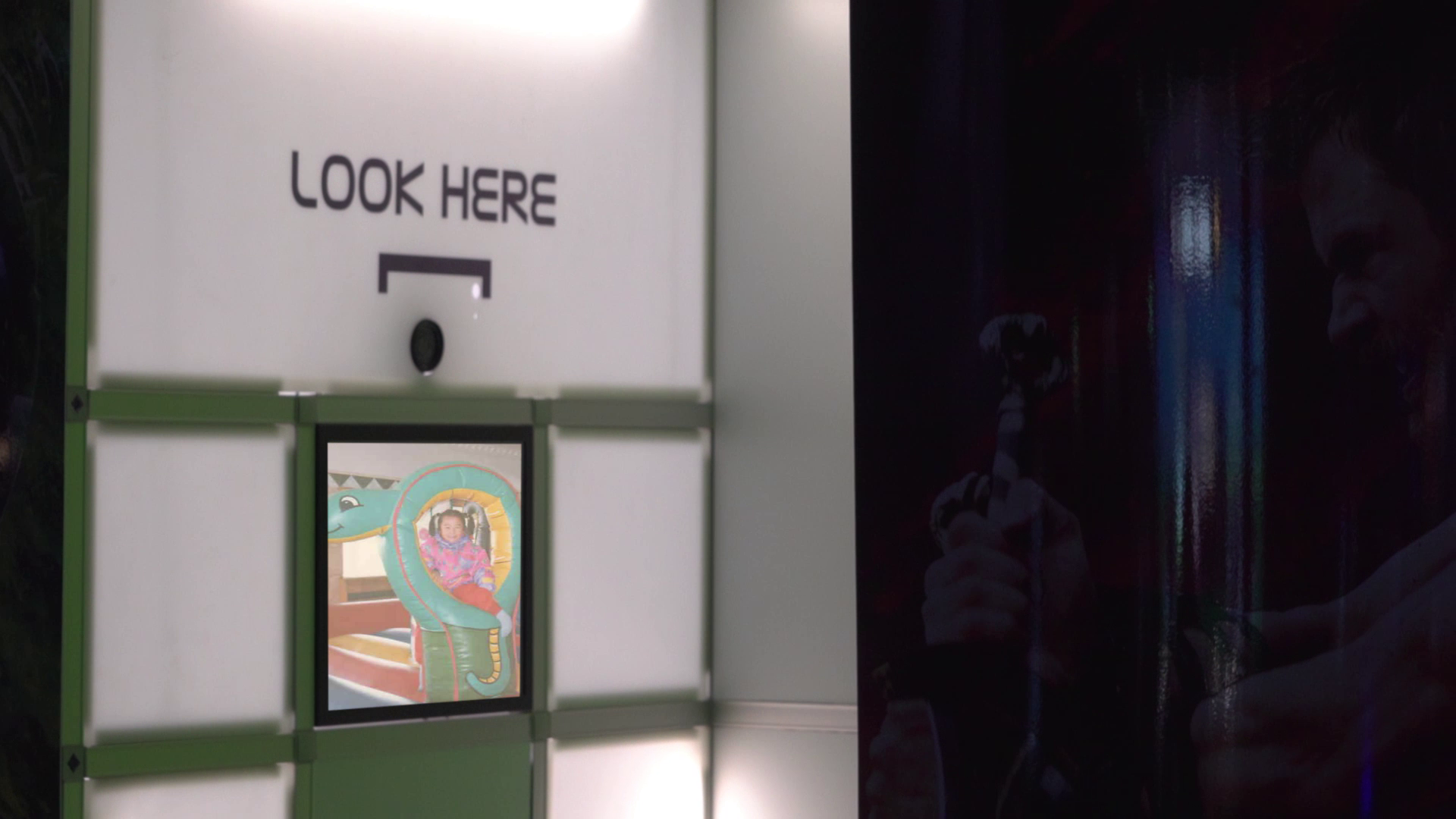 Images Falling To The Other Side, 2018, Film Still

YÒUYO: How has living and studying overseas affected your creative approach? Does being part of a diaspora encourage you to explore your cultural heritage more?

Yifei: Before I came, I thought London would be completely different from Beijing. My time here has actually made me realise that although people might behave differently according to different cultural contexts, humans are fundamentally very similar. That is why many of my works made in London are not about specific cultures, rather the similarities between them – often told through daily absurdities.

In terms of my artistic practice, my education in the UK has definitely given me more support in having a research-based approach. This differs from the Chinese approach which is more emotionally focused.  Now, I am actually trying to pull emotion back into my work.

Funnily enough, I do not really think too much about myself as being part of a diaspora, even though I technically classify as being part of one. This is probably because I have lived in Beijing and London which are both big cities with lots of similarities, but of course with differences as well.

In London, I am an outsider which enables me to compare the two countries socially, culturally and politically. Being at a distance from China has also forced me to think about my Chinese identity more. It is natural for people to realise the self through being the other. It was not until I travelled outside of China that I actually realised what Chinese culture is. It is through these disconnections that I have explored my culture more. 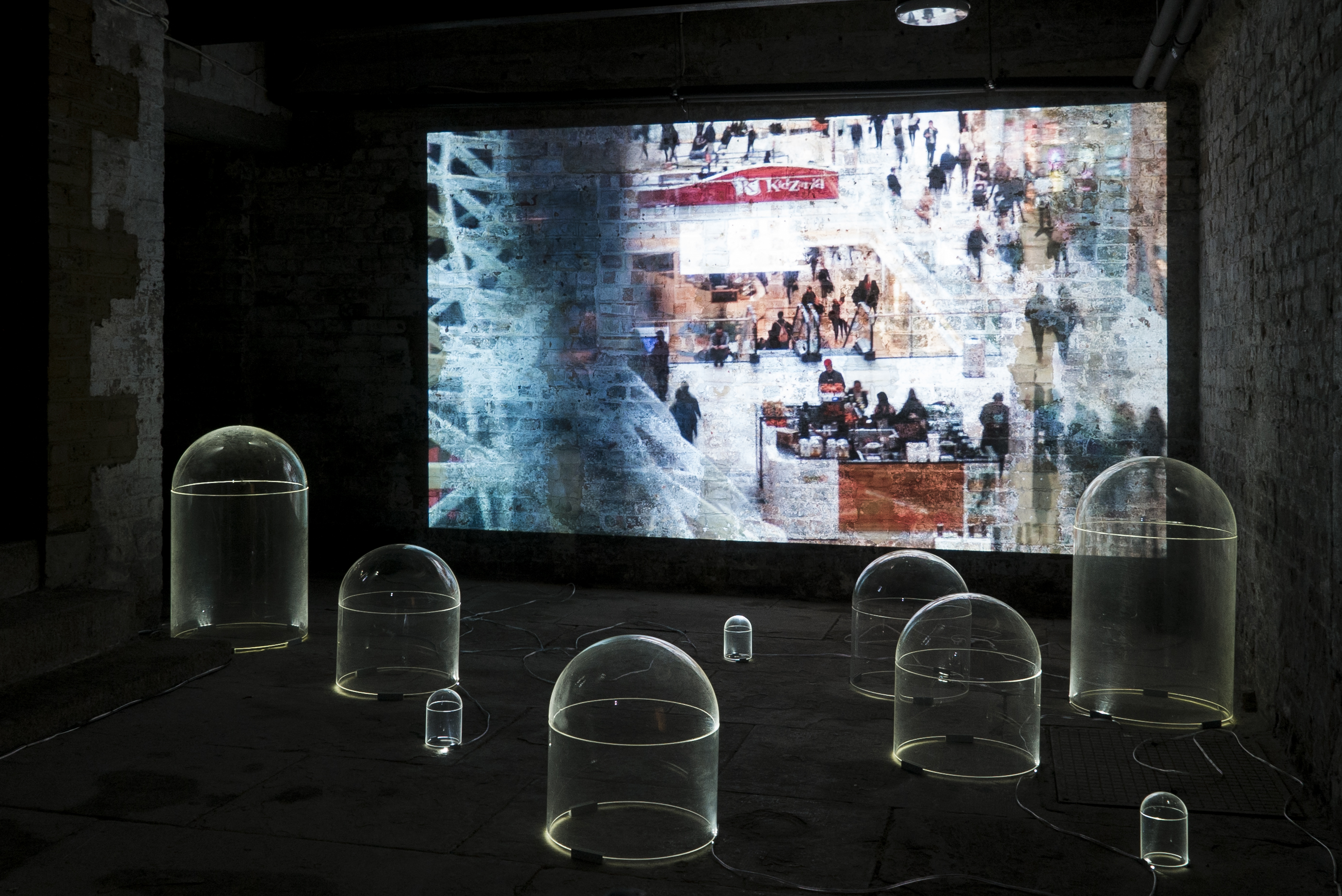 Images Falling To The Other Side, 2018, Installation Shot

YÒUYO: China is fast changing, and an emerging trend we’ve seen – especially among young people – is the movement away from glamorising western culture and more towards a national pride in celebrating Chinese culture. Is this something you sense too?

Yifei: Every time I return to China, I’m always shocked by how fast it changes! As you might already know, there are lots of young people who study abroad then go back to China. With the progression of technology and urban development, larger cities in China are becoming ‘international’.

On the one hand, China’s younger generations have a more realistic picture of what the ‘West’ is, if that actually exists. On the other hand, the ‘Chineseness’, as a identity, is getting lost in the process of development. That is probably one reason why younger generations are celebrating traditional culture more. I think celebrating traditional Chinese culture also reflects the identity crisis as a young Chinese in a more globalised China.

I’ve seen many Chinese students who study art in the UK feel pressured that they have to make something ‘Chinese’ in a traditional sense. My grandma would not feel she had to wear a Qipao or make dumplings to confirm she is a Chinese! We need to be aware that one does not have to do or make things that are visibly Chinese to represent Chinese culture or to be a Chinese.

In terms of the idea of traditional Chinese culture, I think tradition is not something that only exists in history which requires one to look back. It is always evolving. I think tradition is actually strongly represented in contemporary Chinese culture beyond identifiable elements, for example traditional art forms. It is through the way people think, talk and interact. As such, this trend of going back to traditions could be about confidence but could also reflect the anxiety of still existing under a ‘western gaze’. 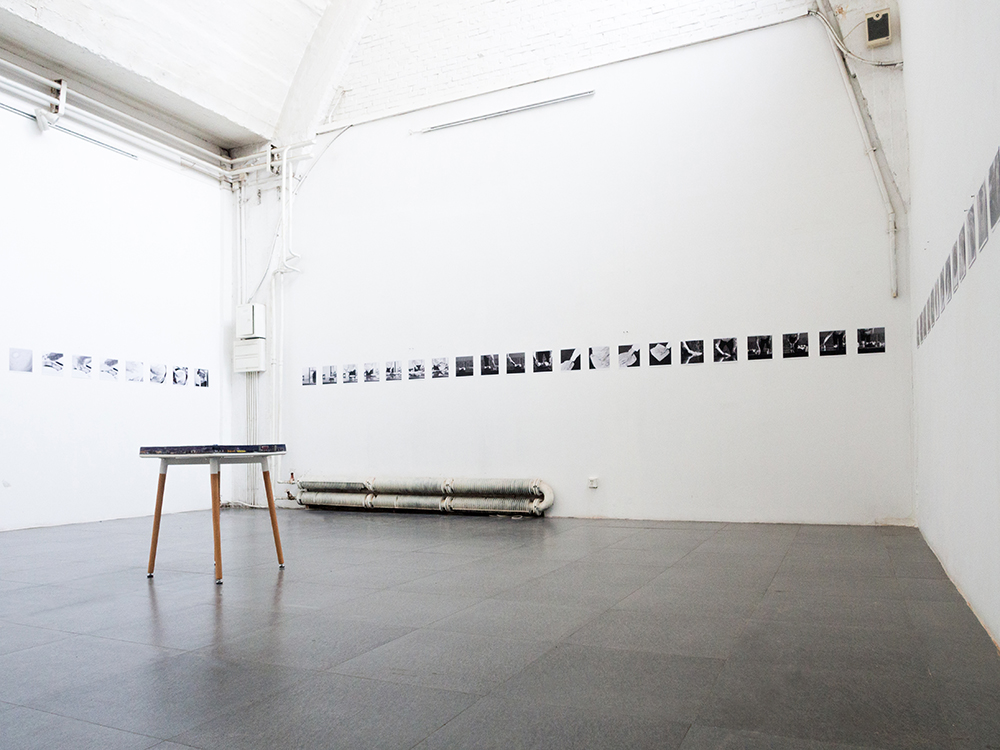 YÒUYO: Do you plan to continue to base yourself overseas or are you keen to bring your experiences back to China?

Yifei: I could see myself in the UK or other cities in Europe as a long-term plan, but I do want to go back to China for some time, to try to understand my home country from a different perspective. I am keen to also promote in-person communication and collaboration across cultures that would help both artists based in China as well as overseas.

YÒUYO: Can you tell us about your current work at Re: ?

Yifei: Re: is an exhibition that showcases works made by artists in the Bermondsey Artists’ Group. Artists are invited to reflect on themselves as artists while reconsidering their practice. I had been reflecting a lot on myself as an artist and what it means to make art for the past year. So for this exhibition, I am showing a new film that explores the concept of ‘work’ in relation to time, space and identity. It is a conversational work in which different artists reflect on the squeezed condition of working, practicing and producing; the role of the artist’s identity and the economics surrounding artistic labour. The film actually represents fairly accurately the way I live and work at present. I wish to explore the idea of ‘work’ more and examine how art reflects the shape of the world through artistic labour and artistic production.